The Choir is open to all children in Key Stage 2.

We perform at school events and in local competitions. We have participated in the Young Voices concerts in Birmingham and competed in the Hereford Music Festival.

The children really enjoy developing their vocal and performance skills.

In March 2016 our Key Stage 2 choir took part in the Herefordshire Performing Arts Festival at the Courtyard Theatre, Hereford.

The choir were commended by the Judge at the Herefordshire Performing Arts Festival 2016 who awarded them her first ‘90’ points of the competition.

They were the proud recipients of the Strathallen Cup after finishing first in the School Choir’s Key Stage 2 Category. 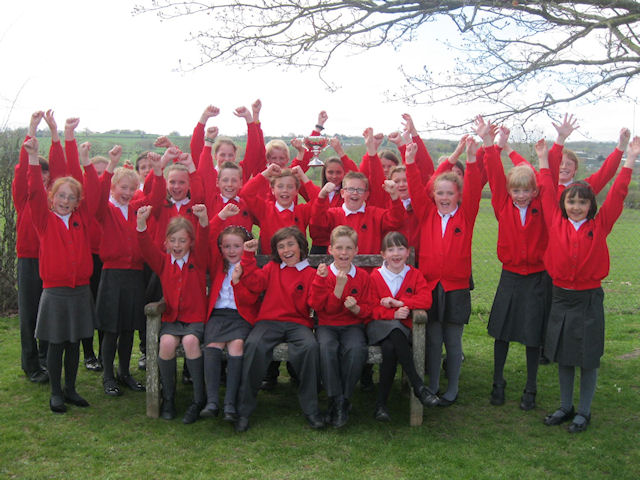 Our School Choir - Herefordshire Junior Choir of The Year 2016.

We have been sent this wonderful video of Elisabeth Schneider from the Hellens Music Project that some of our children have been involved in.

We are pleased to offer weekly lessons on flute, guitar, and violin with accredited Local Authority teachers. We are always willing to extend our provision to include, for example, recorder, clarinet, saxophone and ukulele.

The children are encouraged to perform in front of their peers and parents at events throughout the year.

I chose to learn the violin because it looked like fun. I also think it’s important to learn a musical instrument.

I thought the flute would be good to learn because it is fun. I want to learn to play so I can get my grades and play in front of other people.

I really like singing and I think I am good at it so I decided to join the Choir.

I learn the violin because I wanted to learn an instrument. It is a tricky, but I enjoy it.

I think the flute is a fun instrument to play. I really enjoy it and enjoy practicing at home.

I joined the choir because I like singing and I enjoy performing in front of other people. I was part of a trio that sang at the Harvest Festival and I was really proud of myself.

I wanted to play the violin because when I am older I want to learn to play lots of instruments. I think it is fun!

I wanted to join choir to be a part of the school. I wanted to learn a new skill with my friends.